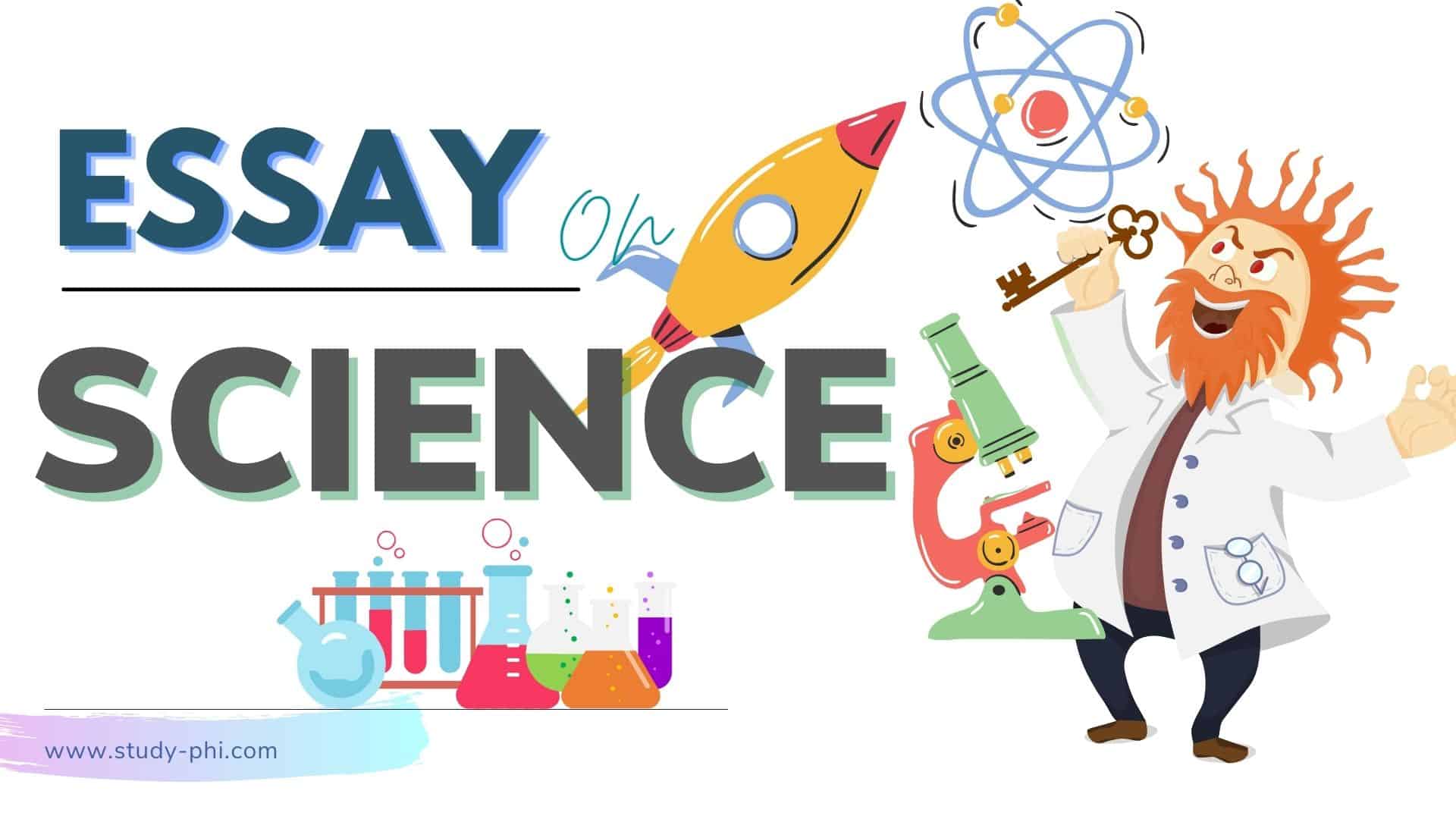 An Essay on Science will help you to know more about science and technology in our daily activities.

Science is the best way to know about the things around us and all that we have. I am going to explain this science with this essay.

Science is when we try to find solutions for puzzles of nature and other things that are around us. It is a continuous process to learn new things about the science field.

1. Science and technology have been of great importance to the development of a country.

2. Because of Science and technology we have a great advancement in the life of human beings.

3. Science is important in our lives because it advances our lives.

5. Technology has played a role in almost everything that has happened on this planet.

6. It is only natural that our society welcomed it with open hands.

7. This is because it makes everyday tasks much easier to accomplish and simplifies processes.

8. It was not possible to simplify things more easy before technology was invented.

9. Science is a powerful tool, but sometimes it also used as the most dangerous weapon.

10. So we must make the proper use of science and technology otherwise it heavy upon us as well.

Science is one of the greatest inventions of humans. It has transformed our lives, it changed the way we think, and the way we see the world around us.

We owe a lot of things to science, from computers and cars to airplanes and medicines, and even to telephones and TVs.

Science has been actively contributing to the development of civilization. It has become an inalienable part of our day-to-day life and it is only because of science that we are able to enjoy some of the luxuries we have today.

Today, science is not only limited to making discoveries and creating new things but is also appreciated for being a medium of entertainment as well as a social activity.

As we all know every good things have their own bad effects. Science also has lots of bad effects but it also depends of the uses.

So we must make a proper use of science rather misusing.

Science and technology have made us more advanced and have helped in solving problems. This essay is about the advancement in sciences and technologies on our earth.

Science has made a lot of contributions to the world. Science has created lots of things to make human life easier. Science is also very helpful in curing diseases and finding better and newer ways to prevent diseases.

There are so many inventions to make life easier and comfortable for humans and among these inventions, science tops the list. Many people call science as the real mother of all inventions and it is true indeed. Contributions science has made to human civilization are immense and are in fact irreplaceable.

Science is a vast field that we humans always try to master, but we are still behind. To take an example of Science it is like a sword. This sword can be handled by two swordsmen in two ways.

One is destructive and the other one is constructive. Science can provide us with innumerable means of destruction, which have been used in modern warfare to destroy not only humans but also our planet and its resources.

While the science on the other side offers numerous possibilities to use technology for our good and to build better tomorrow for ourselves and the new generations of scientists. So, let’s see where science has been used for destruction or for beneficial purposes such as providing food to hungry people, making life easier, and so on.

Here is the long descriptive essay in 500 words for higher class students.

Science and technology have come a long way, they have contributed to the growth of humankind and made our lives more comfortable.

I will try to expose the world of science and technology in the most simplified manner to you so that you can understand it to a level of an average Joe.

Science and technology are highly important for the development of humanity. They have been the vital keystones on which modern industrial civilization has been built.

Science and technology have allowed man to unlock hundreds, if not thousands, of secrets in nature and the universe which had previously remained unknown and unobtainable. In general, we cannot separate science from technology; they are intractably linked together at every single step.

As the human population grows, so has the demand for more advances. These advances have been so dramatic that some scientists believe we are living in the “golden” age of science and technology.

We live in an age where science is increasingly important. Understanding the world around us and what causes things is crucial for ourselves as well as our survival.

Of course, both science and technology require a certain level of intelligence to really understand them. Some people do not have that great understanding, especially young children.

Society needs science and technology to keep up with the ever increasing speed of the world.

The contribution of science to the development of human civilization is immense, with value that can never be overestimated.

Nothing like science. It has been used in almost every phase of our life. There have been numerous contributions made by different sciences which made us what we are today.

For one thing, science has introduced new ideas and technologies that have enormously lifted the level of living in society, bringing innumerable benefits to the life of humankind.

The contribution of science and technology in our day-to-day life is immense. However, in my view, the real contribution will happen when we get the direction in the direction of conservation of this beautiful planet. We all live on this wonderful planet earth.

This is the place where we can research about everything – right from physics to chemistry. But our generation has contributed towards pollution and unnatural calamities to make this planet a living hell.

Science as a Destruction :

Technology has improved our lives in countless ways, but it can still create problems. A few of these include nuclear weapons, super viruses, designed-to-break technology, and torture…Yes, you heard me right.

There are many terrible things done in the ancient wisdom of science. Here’s a list of some things done to our fellow humans, or indeed all sentient beings and other species.

This list includes chemical warfare, nuclear warfare, biological warfare, nano-warfare and technological uses such as profiling and propaganda. I think they are appalling. May there never be a future where these techniques/weapons become widespread.”

Science and technology have impacted the life of human beings greatly. They have made both their lives more and more convenient with the passage of time. Science is known especially for its incalculable contribution to the field of medicine.

But somehow many people uses it badly and that is the reason that science become more destructive for this world.

W should always try to make proper use of science rather than misusing as a destructive for us.