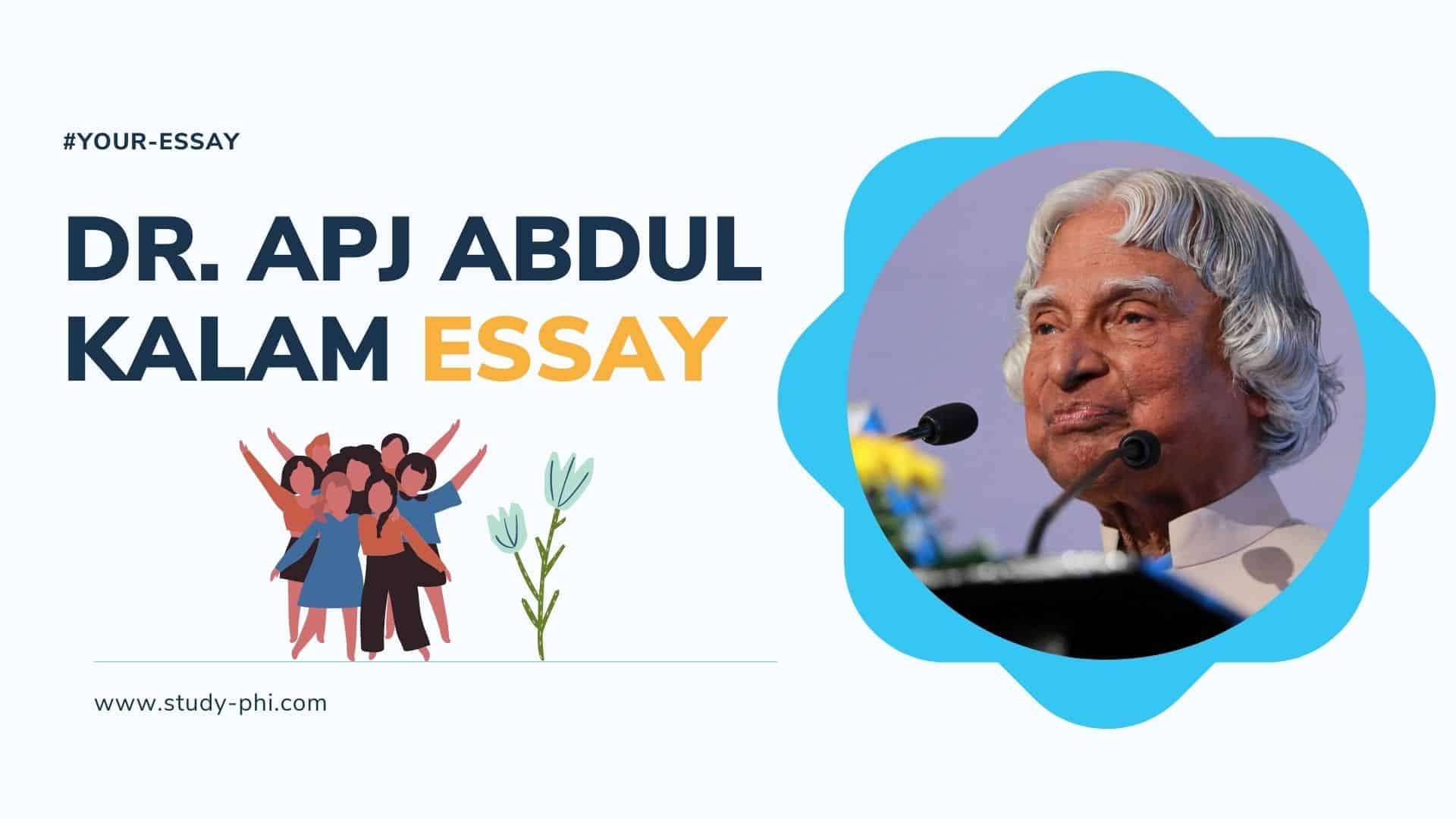 So, in this post we are going to provide you an essay on Dr. APJ Abdul kalam. Specially for the students.

2. Dr. APJ Abdul Kalam was a great scientist and an ideal teacher as well. Once he became the president of India.

5. Dr. Kalam was the man of simple living and high thinking.

6. He became an important part of the Indian Space Research Organization(ISRO) in 1963.

7. Dr. kalam was most popularly known as the Missile Man of India.

8. He wrote several popular books based upon science and power of youth.

9. He was honored by Padma Vibhushan and Bharat Ratna for his great work.

APJ Abdul kalam is the true inspiration for youths. His working potential, passion, hard work everything definds a great determination.

He was born just like a common man from a poor family. He use to sell papers during his early age.

He started his education at his village school, and he graduated from the Madras Institute of Technology. And later he joined the Defense Research and Development Organization (DRDO).

During these days he contributed a lot to our country, India. He created lots of missiles and therefore he was known as the Missile Man.

Here is some of his missiles Agni, Prithvi etc.

And gradually he became the inspiration for youth. He work for them. Because he believe youth are our future we must nurture them.

Dr. APJ Abdul Kalam is a revolution in India, He becomes a great inspiration for every youngster in their education life.

APJ Abdul kalam is a great scientist and inspiration in India. He is known as Missile Man of India, as he built various missiles for the country India.

He become the greatest inspiration for youngsters. Although he was died but his contribution will always alive.

APJ Abdul Kalam was born in a very poor family on 15 October 1931 in Rameswaram, Tamil Nadu. In a very small village.

Dr. APJ Abdul Kalam’s family was just like an ordinary family in fact he had a very poor family background. His father was Jainulabiddin Marakayar and his mother’s name was Ashiamma Jainulabiddin.

He started his early education from his village school and he was graduated from the Madras Institute of Technology. After graduating he joined the Defense Research and Development Organization (DRDO).

As he was known as Missile Man of India, means he contributed many missiles for the country like Agni, Prithvi and also gives a lot more contribution for India.

Because of his work and contribution he has been honored with lots of awards like:

Apart from that he has been also honored with lots of other awards.

The last Lear of India passed away. A top-class scientist, a wise and honest administrator, a teacher of Athenian glory, A.P.J. Abdul Kalam breathed his last on 27th July 2015.

The entire country mourned the great loss. The great teacher, the mentor of India left us forever. But the life and deeds he left for us would ever motivate us to dream and dare, to do and die for our motherland.

Kalam had the humblest upbringing in the rural set-up of Rameswaram. His saintly father Jainulabiddin Marakayar and kind-hearted mother Ashiamma Jainulabiddin could not afford much to the making of their aspiring son.

What they inculcated in his mind was love for the country and faith in the just and the truth. With that capital, Kalam fought away all worries and crisis.

He had, no doubt, moments of setback and despair. The missile man had ups and downs in his world of science and technology.

But defeat could never extinguish his fire of ambition. He designed and developed the missiles one after another. From Agni to Prithwi he had to walk a long road. Thus he strengthened the backbone of Indian defense.

But amidst all success and honors, Kalam had always been the modest and the simplest man, a down-to-earth personality.

Basically, he was a teacher as his urge for knowledge was always on. He was the President of the masses. He loved students and lived for them.

Such a loving legend can not die. He will ever Iive in our daily dreams, for he is truly a dreamer of dreams and a doer of deeds.