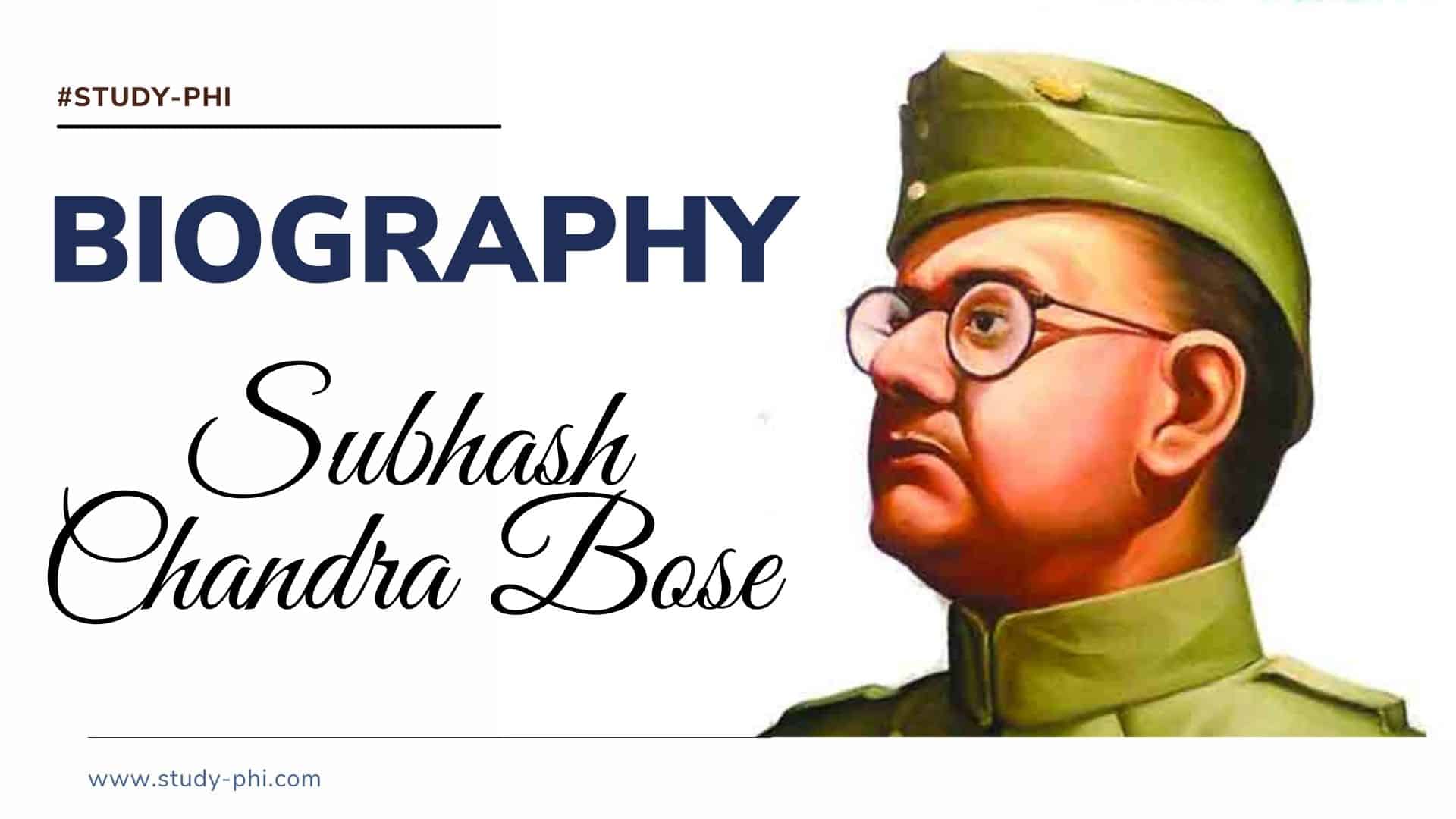 This post is on Biography of Subhash Chandra Bose, the great Indian freedom fighter.

He fought for our country, India to make independent from the British rule.

So here is about our freedom fighter a short biography, you will learn a lot about his life.

Netaji Subhas Chandra Bose is our great national hero. He is one of the greatest patriots of India.

He was born on 23rd January 1897 in Cuttack, Orissa. Janakinath Bose, his father was a renowned lawyer and his mother Prabhabati Devi was a pious lady.

Subhas was all along with a brilliant student. He was taught at the Presidency College and Scottish Church College in Kolkata.

He also passed the ICS Exam and stood 4th. But he did not join service under the British. Instead, he joined the freedom movement.

Soon he became a very popular leader for his great organizing power. He led people from the front.

The British were his worst enemy. They sent him to jail. Once he was kept confined in his own house. But he left India in disguise.

He went to Germany and therefrom to Japan. In Singapore, he built the Azad Hind Fauj and declared war against the British.

It was then the turbulent time of the 2nd World War. Unfortunately, his army faced defeat, Subhas escaped. It was said that he died in an air crash. But his death is still a mystery.

Dead or alive, the name Subhas will ever be written in the letter of gold in the history of India. His glorious self-sacrifice for the cause of the country is an eternal inspiration to us.