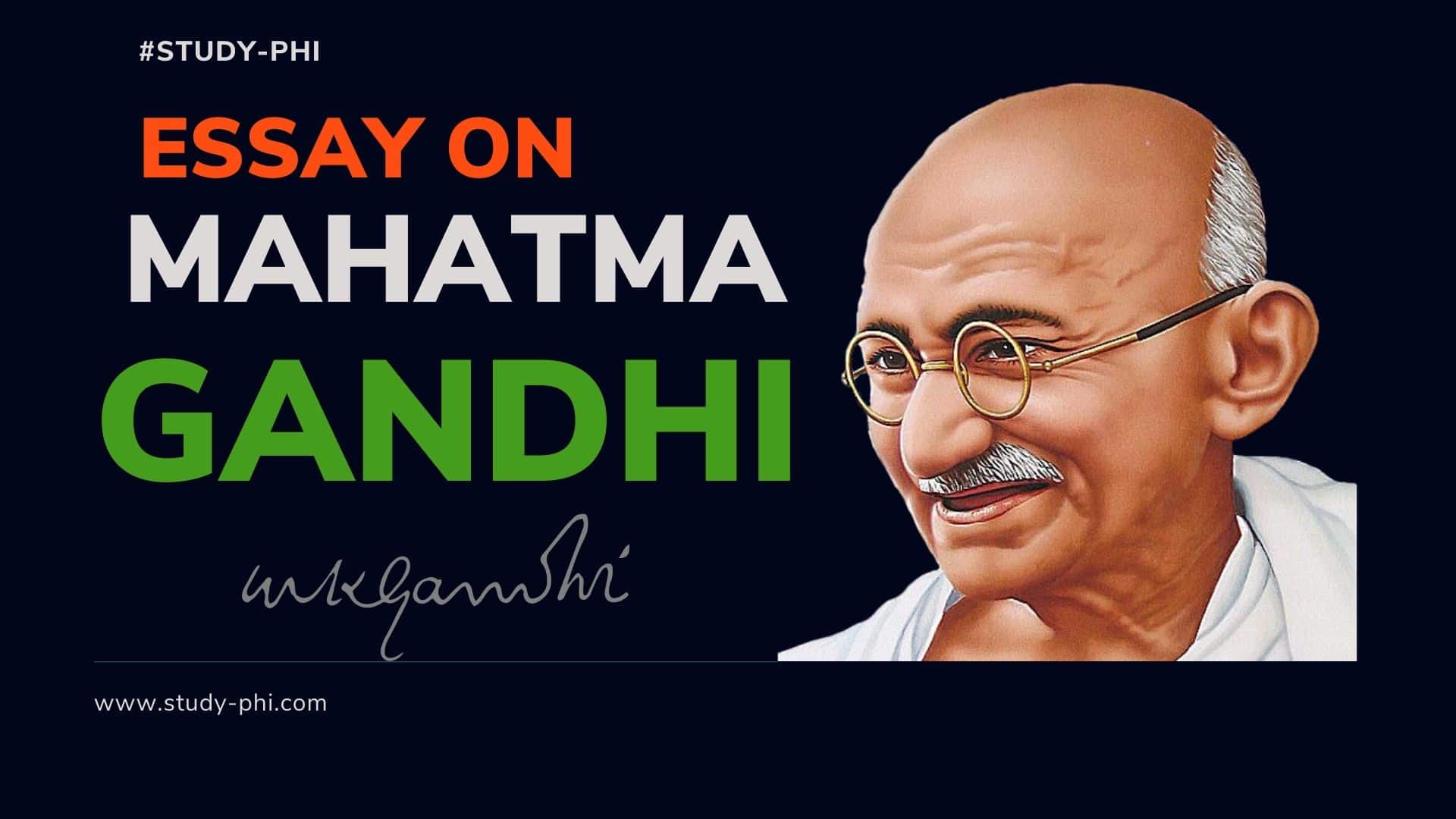 This will help you to learn more about Mahatma Gandhi, an also here you will learn a lot of things.

Here this short essay on Mahatma Gandhi is written in 10 lines for class 3,4,5.

1. Mahatma Gandhi was born in the state of Gujarat on 2nd October 1869 to Karamchand Uttamchand Gandhi and Putlibai.

2. He was the last of Kaba Gandhi’s four children .

4. Mahatma Gandhi, commonly known as the Father of the Nation.

5. He was the political and spiritual leader of India.

6. He was a great proponent of non-violence and is often referred to as one of the greatest leaders and political thinkers of all time.

7. Gandhiji’s unique way of resolving problems by non-violent methods or sufferings in the adverse situations.

8. It evokes awe and interest in the students.

9. However, his lifestyle does not only attract attention but it also provides valuable lessons to the young men and women.

10. Gandhi’s contribution to the Indian freedom struggle was primarily responsible for India gaining independence in 1947.

Gandhiji was average in his studies. But he learnt most of the thing from his father. His father was an idol for him. He learned morale through from his mother.

Stories such as Satya Harish Chandra was highly influenced Gandhiji to lead a principle life.

When he was 19, Gandhiji went to England to become a great lawyer. After returning back to India he began to practice law in Bombay with little success.

So when he received an offer to work for a firm in South Africa he was ready to do it. At that very time Gandhiji had a wife and her name was Kasturi Bai.

On one such occasion he was forced to leave his seat in the first-class compartment to a European, when he refused to do that he was badly beaten by the court’s driver and he was also thrown out of the train.

This made him to wake-up call for Gandhi to fight against the suppression. He very soon found out the way and that was called the force of truth.

With his new formula, Satyagraha, Gandhiji was able to fight the avoidance against the Indians. He encouraged them for the right to vote and taught them to be independent.

He highly motivated the people of India about human rights and spread the awareness all over the India for which he became a national hero.

In 1940 while came back to India, the country was under the rule of the British. Gandhi very soon joined the freedom movement, the rule of our own countrymen. The Indian freedom struggle got much powerful when Gandhiji joined them.

In 1921 he was made the leader of the Indian national Congress where he followed the principle of non-violence.

In 1930 as the British government imposed a tax on salt. Gandhiji took 400 kilometers to march to a seashore called Dandi where he made salt with his own hands to show his protest against the evil tax.

He was also encouraged the people to use homemade cloths like Khadi, which was made by “Charkha”, a rolling instrument use to made cloths. It was not only aimed to provide self-dependence it was indeed an act of rebellion against foreign-made clothes.

He showed everyone the way a leader should be calm, humble and simple. Though a religious person always changing the names of God and studying Bhagavad-Gita.

Gandhiji always against social evils such as Untouchability. He always believes in inequality. With such qualities, he was rightly called “Mahatma” the Great Soul. Whenever his ways of non-violence have not yielded the expected result, he resorted to a hunger strike placing his own life in danger of the cause.

In the year 1942, he invoked a movement called Quit India Movement.

By the year 1947, the British government feels enough troubles and uncertainty to seek in India. So they decided to leave India but only after dividing India into two countries India and Pakistan.

Gandhi was happy for the independence but he was shattered as the partition was not a peaceful process. It led people to violent against clashes between the Hindus and the Muslims.

Gandhi repeatedly went on a hunger strike to restore peace among the country. On one such occasion in 1948 in New Delhi, Gandhi completed two days hunger strike where he was shot dead by a Hindu nationalist called Nathuram Godse.

As Gandhiji was not to lead the nation but his principles and characters showed the best way to follow. Gandhiji rightly called as the “Man of the Millennium”.

3 thoughts on “Essay on Mahatma Gandhi”