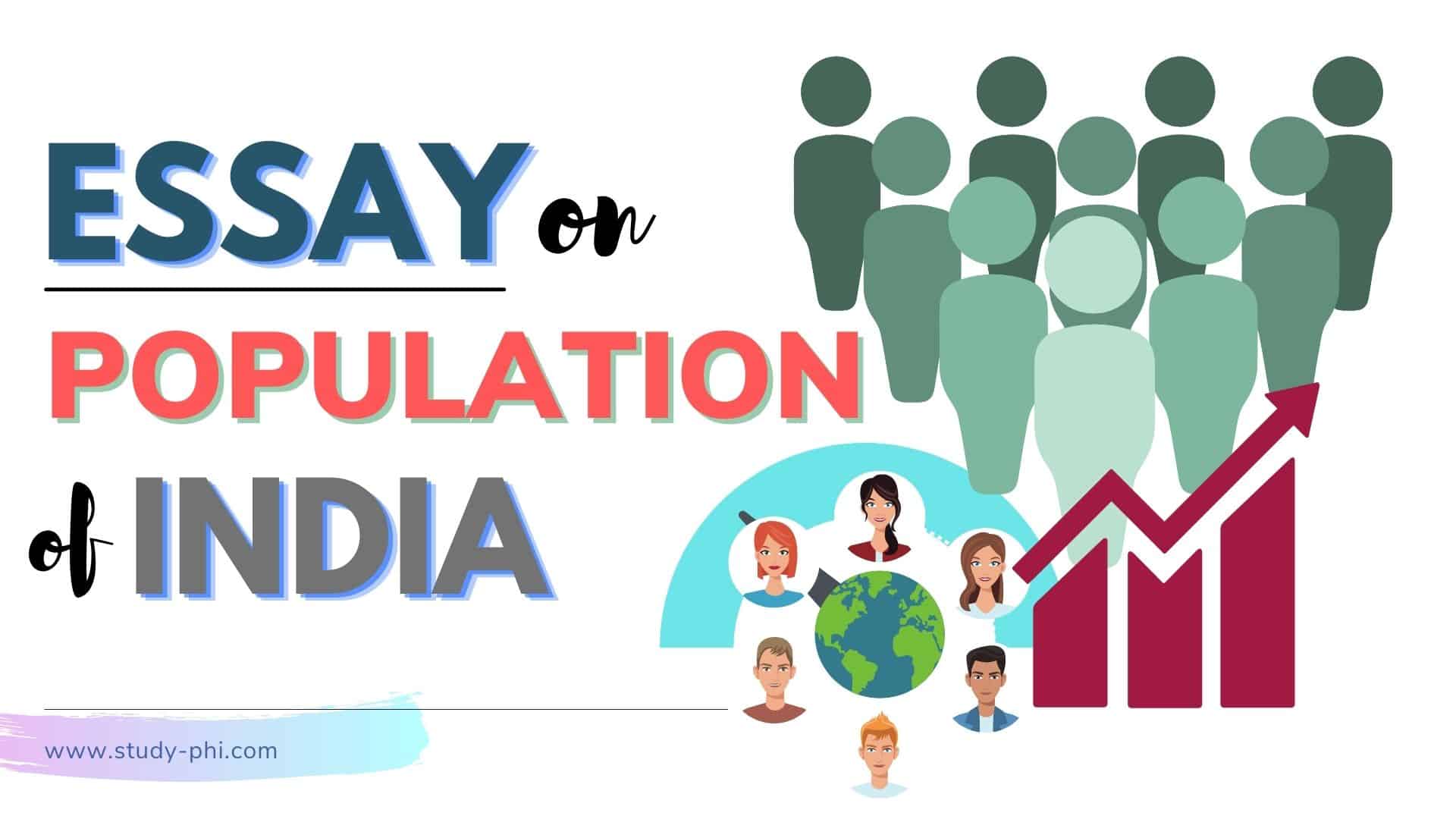 Here in this post you will get some essay on population of India. From 150 words to 250 words long.

Essay on Population of India 150 Words

Here is an short Essay on Population of India in 150 words for lower class students.

India is going through a rapid population explosion.

India is a country with diverse culture and traditions. People of different religions, caste, language, state live together.

India is the second most populated country in the world. Its population may reach 1.5 billion by 2050. The report further states that India is projected to overtake China in population by 2022, at which point India’s population will be greater than those of the US and Indonesia combined.

The increasing of the population is the very reason behind the imbalance in demand and supply. In a country like India, it is believed that overpopulation exists. It is the responsibility of the government to check on all kinds of unlawful activities like child marriage, sex selection, etc. As per the data, we have generated, it states most births are due to teenage pregnancy.

Government should take further steps to control over this rapid growth.

Related- Essay on Poverty in India»

Essay on Population of India 250 Words

Here is another short Essay on Population of India in 250 words. Specially for class 7,8,9 students.

India has the largest population in the world. It comprises nearly 1.3 billion people and is estimated to touch 1.7 billion by 2050. Young India will provide a major boost to the economy of India. The rate at which large number of young people are growing will help in the development of India in all aspects like education, employment, economy and technology.

Over the past few decades, India’s population has been growing at a rate of about 1.7% every year, and today it is over 1.2 billion people. What’s even more serious is that the birth rate in India is still higher than the death rate, which means that the number of births is always higher than the number of deaths in a year. In fact, in 2011, 2.3 million children were born in India every month.

Most of its population is concentrated in the rural areas, and more than half of the population is either illiterate or semi-literate. These facts are self-explanatory enough to convey that there is a vast uneducated segment in India’s demography.

India’s population is increasing continuously due to various factors. The main reasons behind the Population of India increasing may be said as poverty, practicing the two-child policy, the low price of medicare facilities and above all unhygienic conditions.

The rapid rate of population growth raises concerns especially regarding the demand for jobs and homes for a huge number of people.

The ruling elite in India has failed to implement policies for the good of the public. The Government needs to make citizens aware of the negative effects of overpopulation and promote family planning.