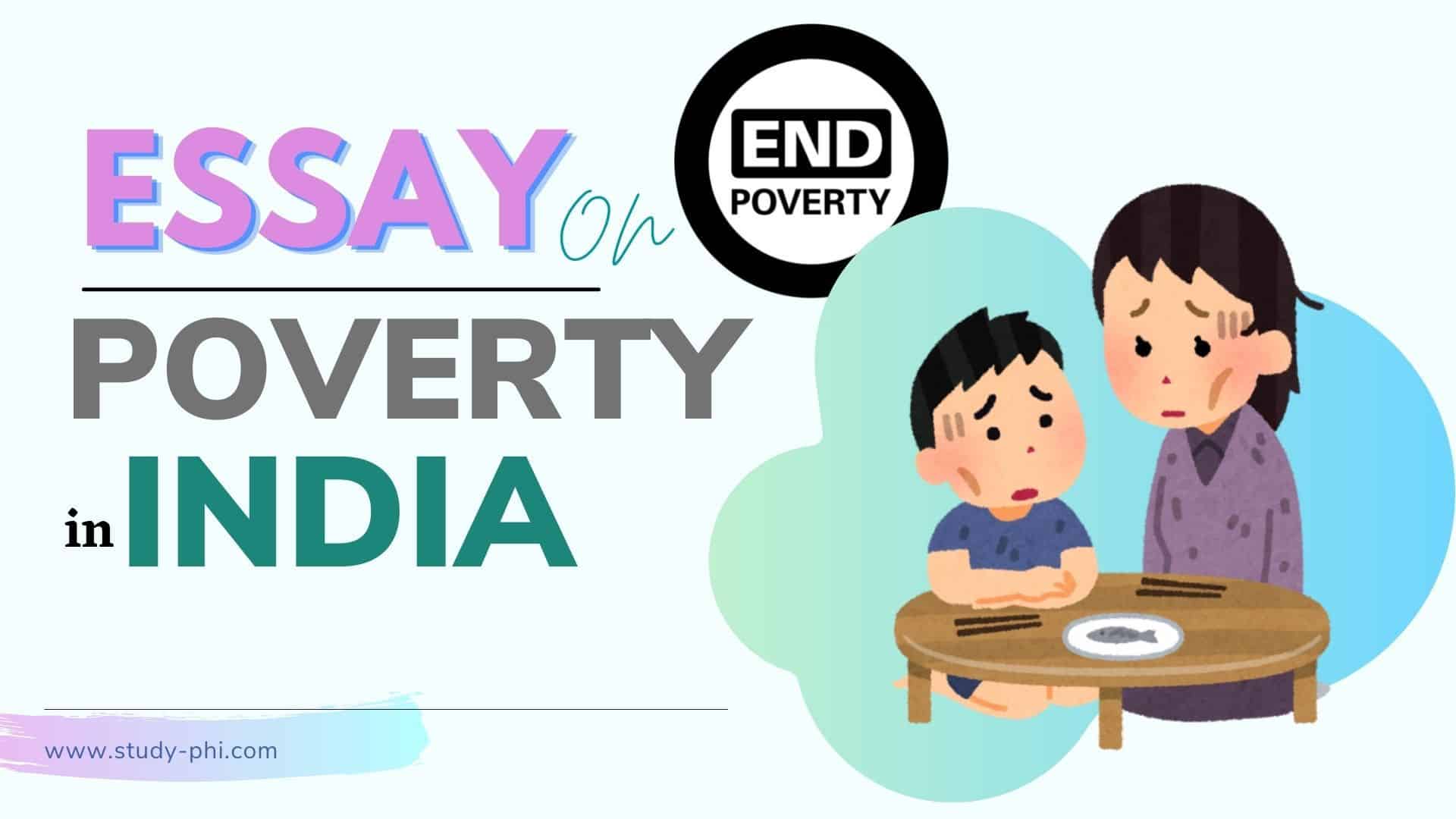 In this essay we will give you a collection of Essay on poverty in India for all the students.

Poverty becomes a major issue in India 35-40% people are living a poverty life.

Essay on Poverty in India 10 Lines

Here is a short Essay on Poverty in India for kids of class 3,4,5. Written within 10 lines.

1. Poverty is a major issue in the life of a huge number of people in India.

2. Poverty is one of the greatest challenges faced by the people in India today.

3. The state of poverty is massive across the country, affecting people in different forms.

4. There are slums, pockets of extreme poverty, and pockets of absolute poverty.

5. Amongst other things, poverty is characterized by low levels of health, income and educational opportunities.

6. People who are poor have fewer opportunities for survival and greater chances of illness and suffering throughout their lives.

7. There are lots of reasons behind this- employment system, education system, cast system and lot more things.

8. Students are struggling for jobs and years after years nothing seems to happen.

9. So the possible way to defeat poverty is getting more jobs to students and a stable way of earning source.

Essay on Poverty in India 150 Words

Let’s read this Essay on Poverty in India 150 words for the students of class 6,7,8.

Poverty is a subject that can strike fear into the heart of many people. It severely affects the lives of the less fortunate and their families.

As one of the poorest countries in the world, India is facing social and economic challenges both from within and without.

Within these constraints, however, there are many attempts being made to alleviate poverty. Also supporting the development of the educated and skilled working class.

Poverty in India means different things to different people. Different states and districts in India have different degrees of poverty.

There are many reasons why people may live in poverty, including the poorer standard of living in rural areas compared to urban areas.

Most people work to feed their families rather than for themselves and the source of income is very inferior. And this is the only reason people getting poor and poorer.

The only solution to overcome poverty is to provide more sources of income and employment increase. Government should take further steps as soon as possible so that people could live a happy life.

Essay on Poverty in India 250 Words

Now read this Essay on Poverty in India within 250 words. Specially for class 9 & 10.

Poverty in India is an issue that has perpetuated over the ages. In this article, we discuss its causes and possible solutions.

Poverty in India is a widespread phenomenon. Wherever one goes, one can find poor people. Life in India is very hard for the poor. The life led by these people is difficult and full of hardships. Poverty has certain adverse impacts on the growth and development of the nation as a whole.

Before that we need to know what does poverty means?

Poverty refers to the economic condition when people have much less of the material means than they need for the basic standard of living.

In more serious terms, poverty is today considered to be the lack of income. Or resources to secure the basics necessary for survival with dignity.

It can be argumentative but the increase of poverty comes mainly as a result of the activities of the political class, which is in power but barely manages to feed its own people.

And they have neither the will nor the ability to eradicate poverty completely.

It is a force affecting more than one billion people around the world.

Although poverty has many underlying causes, which vary greatly in different regions and cultures, there are some common characteristics in poor communities around the world.

The scourge of poverty affects every country in the world. In the developing world, poverty is associated with early death, poor nutrition and education among children, high population growth rates, widespread disease, and low levels of employment.

We government could take any further steps then we can only defeat this poverty otherwise it can’t be.

1 thought on “Essay on Poverty in India”