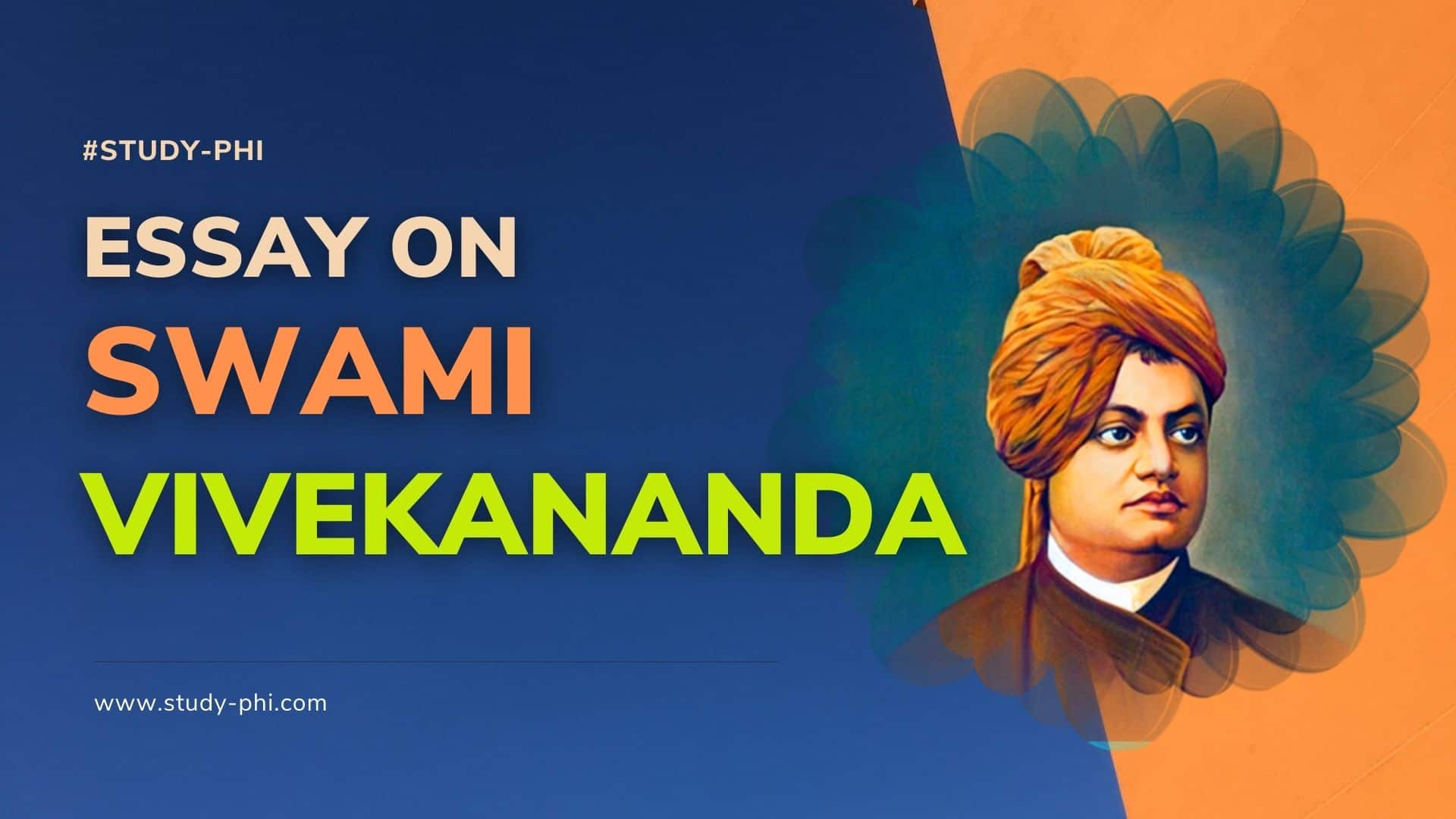 Here in this post, you will get a complete essay on Swami Vivekananda in English. A short essay with descriptive notes.

Read this short essay and enjoy the reading. You could also use this as a biography of Swami Vivekananda.

Swami Vivekananda was a great leader and philosopher.

His childhood name was Narendranath Dutta. He was figure with high thinking and simple living.

He is best known for his famous 1893 speech where he introduced Hinduism to Western world in Chicago.

Swami Vivekananda’s teachings not only motivated the youth but also the whole world.

On 12 January his birthday is celebrated as the “National Youth Day”, in India.

swami Vivekananda breathed his last on 4th July 1902 at the Belur Math.

Swami Vivekananda is the leading humanist of the modern world. He reflected the spirit of universal brotherhood in his words and works.

He came from a rich and cultured family of Kolkata on January 12, 1863. Biswanath Dutta and Bhubaneswari Devi were his parents. Narendranath was his real name.

He passed the Entrance Examination from Metropolitan School and graduated from Scottish Church College.

After his father’s death he found life a hard struggle.

Meanwhile, he got a chance to meet Sri Ramkrishna. This saintly soul discovered godly qualities lying latent in him.

Narendranath accepted Kamkrishna as his mentor. He was reborn. He could now hear the still, sad music of humanity. He felt an urge to save the suffering souls.

First, he traveled to India on foot. He found the cancer of casteism, ignorance, and inertness eating into the vitals of Indian society.

Nevertheless, he found immense potentials in his countrymen to build a mighty nation. He felt that he should do something positive for his country.

He went to America and attended the Chicago religious conference.

There he upheld the essence of Indian culture and religion. It was the religion of man.

The west was convinced of the glory of India. The process of regeneration started in India. Swamiji came back to India and built the Belur Math to serve the masses.

But unfortunately for us, this great personality died only at the age of 39 in July 1902. In this age of moral decay, his ideals should be preached and practiced in right earnest.

So, Swami Vivekananda has become a great inspiration for youth. We are all grateful to him and his contribution. He always thinks about our country and it’s people.

Here is his personal life details describe in some points, have a look-

Here is his literary works contributed to us, dealing with lots of knowledge, if possible you should read them.